Remembering an Architect: The Richard Morris Hunt Monument in NYC 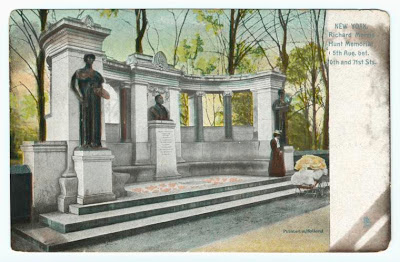 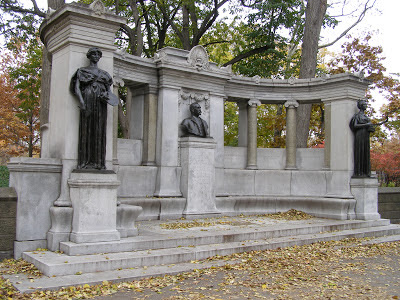 Remembering an Architect: The Richard Morris Hunt Monument in NYC

Poor architects, I think they rank  behind soldiers, politicians, writers, artists and a host of other notable professionals when it comes to being commemorated in marble or bronze, or any other permanent material.  Of course, an architect will always say his (or her) buildings are monuments enough.  Maybe true - but I've met very few architects without healthy egos, who would say no to a monument like the one for 19th-century America's leading academic and society architect Richard Morris Hunt (1827-1895).  Charles Follen McKim of McKim Mead and White only got a plaque in the pavement at Columbia University, which he designed.  (What's your favorite memorial to an architect?) 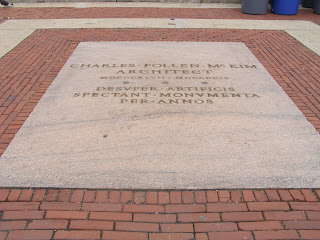 Hunt's monument is lovely.  Sculpted by Daniel Chester French and unveiled in 1898, it is dignified, but intimate; architectural; but sliding into the cityscape/landscape of Fifth Avenue against Central Park like the planting of an appropriate tree.  The monument is designed as a free-standing semicircular portico (an exedra) with a curved bench at the center of which is a bronze portrait bust of Hunt beneath which is inscribed: 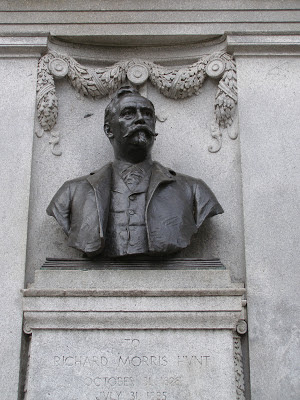 RICHARD MORRIS HUNT
October 31, 1828
July 3, 1895
In Recognition
Of His Services To
The Cause of Art
In America
This Memorial
Was erected 1898 by
The Art Society
of New York

Two allegorical statues of Architecture and then Painting and Sculpture stand guard at the ends of the colonnade. The names the organizations in which Hunt played a major role are inscribed. 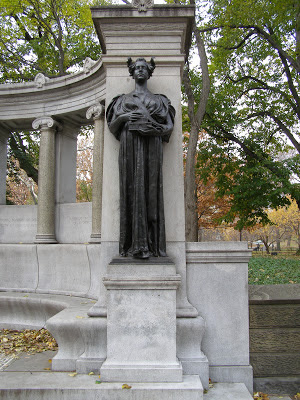 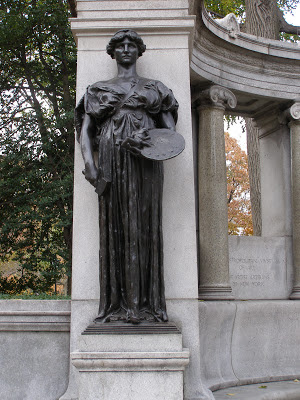 Hunt was a pivotal figure in American architecture.  He bridged high Victorian art and French-inspired classicism, and he laid the foundation for and academic architectural training in architecture in America  that shifted emphasis from engineering to art.  Hunt's aesthetic led to the integration of architecture, sculpture and painting at the end of the 19th century the defined the design goals of the so-called Amerasian Renaissance.  The sculpture of the monument, Daniel Chester French play a major role in this movement, and it explains the prominent given to painting and sculpture in a monument to an architect. This integration of the arts is also central to the conception of the Metropolitan Museum of Art facade, which Hunt redesigned in 1895, shortly before his death, and which was completed in 1902. 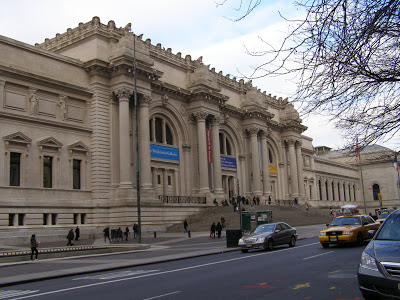 Despite his fame in his lifetime, only a small number of Hunt's buildings still stand.  In New York City, the best known of these is the central block of the Metropolitan Museum of Art, facing Fifth Avenue just a half mile north of the monument. Hunt was the favored architect of the wealthy Vanderbilt family and while the Fifth Avenue Vanderbilt mansion has been demolished, the great Newport, Rhode Island mansion known as The Breakers, completed just before his death, as well other great houses, are today popular tourist attractions.  The enormous Vanderbilt mansion known as Biltmore in Ashville, North Carolina also survives. 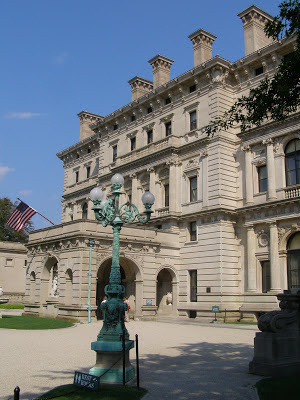 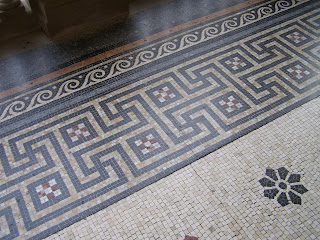 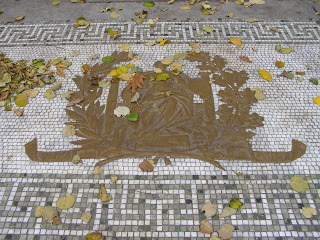 Posted by Samuel Gruber at 2:01 PM